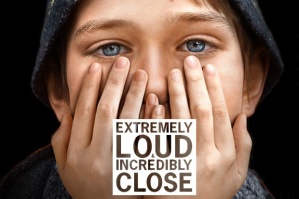 A highly sensitive person (HSP) is a person having the innate trait of high sensory processing sensitivity (or innate sensitiveness as Carl Jung originally coined it). According to Elaine N. Aron and colleagues as well as other researchers, highly sensitive people, who comprise about a fifth of the population (equal numbers in men and women), may process sensory data much more deeply and thoroughly due to a biological difference in their nervous systems. This is a specific trait, with key consequences for how we view people, that in the past has often been confused with innate shyness, social anxiety problems, inhibitedness, social phobia and innate fearfulness, and introversion (30% of those with the trait are extraverts). The trait is measured using the HSP Scale, which has been demonstrated to have both internal and external validity. Although the term is primarily used to describe humans, something similar to the trait is present in over 100 other species.

The attributes of HSPs can be remembered as DOES:
• Depth of processing.
• Over aroused (easily compared to others).
• Emotional reactivity and high empathy.
• Sensitivity to subtle stimuli.
HSP students work differently from others. They pick up on subtleties and may think about them a long time before demonstrating their grasp of a subject. If an HSP student is not contributing much to a discussion, it does not necessarily mean he or she does not understand or is too shy. HSPs often have insights they are afraid to reveal because they differ from the common view, or because speaking up is too over arousing for them. For ideas on teaching sensitive students, see The Temperament Perspective[ or the final pages of The Highly Sensitive Person.

HSPs are usually very conscientious, and gifted with great intelligence, intuition and imagination, but underperform when being evaluated. This also applies to work situations; HSPs can be great employees – good with details, thoughtful and loyal, but they do tend to work best when conditions are quiet and calm. Because HSPs perform less well when being watched, they may be overlooked for a promotion. HSPs tend to socialize less with others, often preferring to process experiences quietly by themselves. The ability to unconsciously or semi-consciously process environmental subtleties often contributes to an HSP seeming “gifted” or possessing a “sixth sense”.

Is your child “highly sensitive”?

Do you hear comments like: “Oh, your daughter is so shy…” or “Don’t you worry that your son isn’t more happy and carefree? He sure seems to worry a lot.” Maybe nobody else says anything, but you worry that your daughter seems to get her feelings hurt so easily, or your son melts down when he is teased. Perhaps you secretly wish your child wasn’t so intense…so emotional…or so slow to warm up.
Elaine Aron, Ph.D., author of The Highly Sensitive Child and The Highly Sensitive Person began studying highly sensitive people in 1991. She researched and interviewed thousands of individuals, eventually honing a questionnaire for adults and one for children. Contrary to what many people
think, highly sensitive people are not neurotic, depressed or shy, as many folks think. They have been that way since birth.

What Is HIGH SENSITIVITY?

Highly sensitive people notice more, reflect more, feel more, and avoid overstimulation. They are “born with a tendency to notice more in their environment and deeply reflect on everything before acting, as compared to those who notice less and act quickly and impulsively,” insists Aron. Their brains seem to process information more thoroughly. As a result, highly sensitive children and adults “tend to be empathic, smart, intuitive, creative, careful, and conscientious. They are more easily overwhelmed by ‘high volume’ or large quantities of input arriving at once. They try to avoid this, and thus seem to be shy or timid or ‘party poopers.’ When they cannot avoid overstimulation, they seem ‘easily upset’ and ‘too sensitive.’”

Did you know that all across the spectrum of life, in every species, there are these sorts of “temperament” differences? They are not disorders or impairments. These distinctions have evolved to serve a specific function. In most animal species, we find two ‘personalities’ or breeds: the BOLD (larger group) and the SHY (smaller group). There are the ones who charge right in, and there are others who pause to see what happens. There are the “sitters” and the “rovers.” Why is this? Biologists insist this division increases the chance of survival of the species. The bold ones rush out to eat the grass, while the hesitant ones pause to see if there are any predators lurking. In humans groups, we need the action-oriented adventurers and risk-takers to push us to new
heights and make things happen. But we also need the sensitive ones who are able to pause and reflect, to think carefully about consequences and potential dangers. There is no good and bad, no better and best. The two always work best in combination. We need both!

70 % of highly sensitive people are introverts… a tendency that is probably part of their strategy to reduce stimulation.

They often deal with it by…
• Complaining a great deal—especially about “small” things.
• Choosing to play alone.
• Refusing to speak up, talk to adults, talk in class, etc.
• Avoiding typical “fun” activities (parties, play dates, outings).
• Trying to be compliant and obedient (hoping no one will notice them if they are ‘perfect’)
• Having a meltdown with lots of tears
• Bouncing off the walls
• Throwing tantrums and rages
• Getting a stomach ache
• Becoming fearful
• Withdrawing

INSIDE THE HIGHLY SENSITIVE CHILD

Highly sensitive children often have a “specialty.” Aron has found that some children are more tuned into relationships and social cues, noticing the moods and expressions of others. Others mainly notice the natural world, such as changes in the weather or the qualities of plants, or they seem to have an uncanny ability to communicate with animals. Some are great at expressing subtle concepts. Some children are particularly alert in new surroundings, while others are bothered by change any change in their familiar routine.

All highly sensitive children NOTICE more. But they don’t just notice more, they think more about what they have noticed. Sometimes this noticing and thinking is obvious and conscious (i.e.: they are asking you questions/talking about things, etc.)—but often their processing is entirely unconscious. They are just “intuiting” something.

Highly sensitive children stand out as “different.” Aron says they are not problem-kids in the usual sense. But they are more likely than others to become fearful, shy, or sad–especially if they have had a few bad experiences. With support and guidance, however, they are exceptionally creative, cooperative and kind—except when they are overwhelmed. That presents challenges!
Highly sensitive children become easily over-stimulated and overwhelmed. They are bothered by things that other children do not even notice. Unfortunately, this is the part that most people find difficult to deal with. It’s the “down side of sensitivity.” Highly sensitive children can become totally overwhelmed by a noisy classroom, a big family reunion, a long afternoon with a playmate, or even their very own birthday party.

How do highly sensitive children deal with over-stimulation? They often complain a lot, especially about things that don’t bother most other people. You might call it “the small stuff.” They may not like the texture or taste of the food being served. Or, they get upset by the itchy fabric on their clothes, or their hair not looking how they want it to, or mom buying them the wrong color jacket. They might complain that their teacher gave them a mean look and “she hates me” or that nobody likes them and they will never go to school again. Physical complaints are common. Not only is this their body’s reaction to the stress of overstimulation, but not feeling well actually offers them a solution, Aron suggests, by allowing highly sensitive children to withdraw and go away to rest.

For more information, see Product List. Contact me to do the Sorter and for your or your child’s Assessment and Profile. 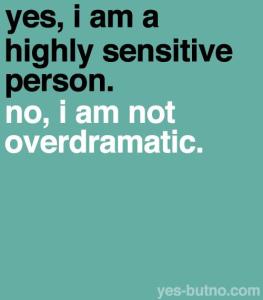